Eyecare practitioners gather vast amounts of patient data during consultations. This data represents a significant untapped resource which can be used to answer research questions and to allow individual practitioners to provide better outcomes for their patients. One of the challenges in epidemiology is to define and recruit a “representative sample” of the population. Depending on the research questions being addressed, this may require thousands of study participants. The Irish Longitudinal Study of Ageing (TILDA) is an example of a long-term epidemiology study of the aging population in Ireland, which aims to understand the health, social and economic circumstances of the older Irish population.

In order to provide representative data which can accurately reflect Irish society, more than 8,500 people had to be enrolled in the study. After many years of planning, the first phase took from 2009 to 2011 to complete. These participants are re-assessed on a biennial basis to provide the longitudinal research data. Studies of this type are important but are costly, time consuming and logistically difficult to implement effectively.

Electronic medical record (EMR) data has the potential to bridge significant gaps in our knowledge. In my previous blog, I mentioned that optometry EMR data is perhaps unique as an epidemiological data source – now, let me explain. As I’ve just outlined, a challenge for epidemiology is to provide representative data. A representative sample is one that accurately represents, reflects, or “is like” the population of interest and thereby provides an unbiased reflection of the population. EMR data may provide reliable surrogate information, in particular for segments of the population that are highly likely to attend a healthcare practitioner. The unique nature of optometry EMR data rests on the fact that virtually every person aged 45 and older “needs” to visit an optometrist due to the almost inevitable advent of presbyopia as we age. 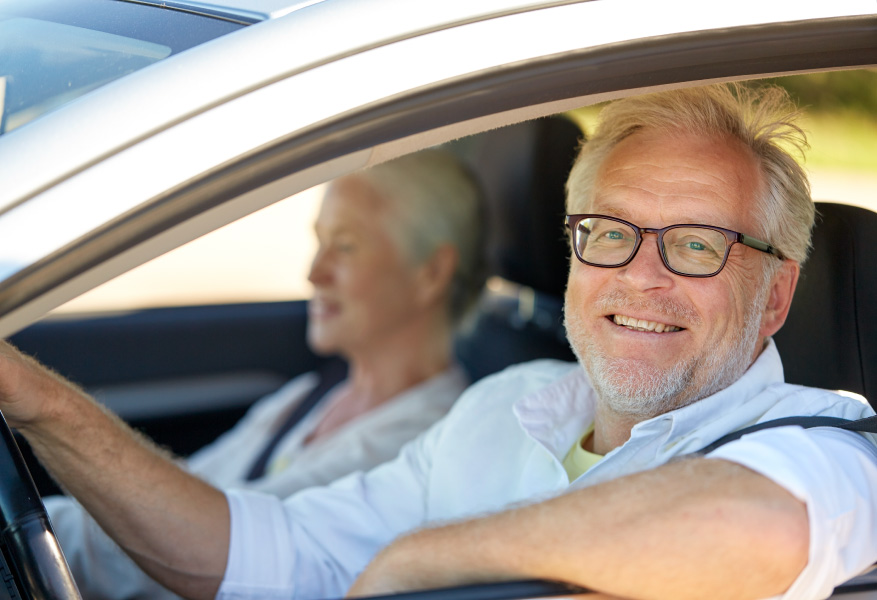 There is, perhaps, no other healthcare profession which attracts a visit by the vast majority of the population on such a routine (perhaps every 2 years) basis. As such, optometry data is by its very nature, representative, and has the capacity to provide longitudinal healthcare data. The data collected is not even limited to eye health. Optometrists routinely capture extensive data relating to general health such as medical conditions, medication, family history, lifestyle habits, risk factors such as smoking and much more. All of this can be used for healthcare planning purposes.

At the Centre for Eye Research Ireland (CERI) we have started to investigate the usefulness of optometry data in an ethics committee approved study. We have been working to analyse trends in eyecare data captured during optometry consultations. In cooperation with practice owners and following GDPR requirements, anonymised data has been gathered from 28 optometry practices around Ireland, leading to our dataset containing over 500,000 patient visits from almost 250,000 unique individuals in the Irish population – far in excess of any longitudinal epidemiology study ever conducted. We have assessed the “representativeness” of this data by comparing to Irish census data and observed that the proportion of individuals attending optometry practices from approximately age 45 onwards, very closely matches the proportion of individuals over 45 in the overall Irish population. Given the universality of presbyopia, this is not surprising and is important as it allows robust conclusions to be drawn about research questions we define.

Our analysis indicates that from approximately age 50 onwards there is a significant rise in those not meeting the unaided visual acuity standard as a result of higher levels of hyperopia.

Our major research priority at CERI is myopia control. It has been suggested that large increases in the prevalence of myopia are expected over the coming decades, however a significant limitation to this type of predication is the scarcity of information on population refractive error available in Ireland or indeed globally. The data we have thus far gathered is allowing us to explore myopia in the Irish population in detail. For example, it has allowed us to determine myopia progression rates in Irish children, which we have now confirmed is influenced by age (younger onset progresses faster) and presenting level of myopia (those with higher myopia at the first visit to a practice progress faster). We also found that a significant percentage of pre-myopes (children who are less hyperopic than expected for their age) progress to become myopic and even highly myopic. This type of information can help us to make better treatment decisions for our patients such as whether to implement myopia control and which type of control therapy to use.

Another way we have used the data was to explore the appropriateness of the current driving licence regulations with respect to vision standards in Ireland. By analysing trends in unaided visual acuity, it was possible to identify those individuals failing or becoming borderline when considering the minimum vision requirement to drive with no optical correction. In many jurisdictions, the regulations for driving include a minimum visual acuity level, often set at 6/12 (20/40) or better. In Ireland, vision assessments for driving occur when the licence is first issued, with no mandatory follow up vision assessment until age 70 onwards. In some jurisdictions, reassessment is required every 5 years, while in others, reassessment is never required. Our analysis indicates that from approximately age 50 onwards there is a significant rise in those not meeting the unaided visual acuity standard, mostly as a result of higher levels of hyperopia. This type of analysis can help to influence policy decisions and we would suggest that if reassessment is to take place it should occur more frequently, particularly from age 50 onwards instead of the existing age 70 onwards.

One of the hallmarks of “Big Data” analysis is the blending of different datasets to answer questions that would be impossible to answer using the datasets in isolation. We are now working to combine results found in EMR data with much larger spectacle lens manufacturing datasets to extend the research possibilities (e.g. we have data from a European lens manufacturer including over 150 million spectacle lens sales). With the combined use of these data sources, it becomes possible to determine the distribution of refractive error in a much larger population and deduce some of the characteristics of the spectacle lens wearers across Europe and globally, not isolated to Ireland.

I would like to thank those practitioners that have already consented to let us use their EMR data. It would not be possible to make these findings, some of which have been presented at the recent International Myopia Conference in Tokyo, without your help. We would also like to encourage other practitioners to participate. No effort is required by the practitioner as the data is remotely extracted and anonymised by Ocuco once the practice owner has consented. With larger volumes of data, our results can be more generalised to the population and provide practitioners with more information on their own patient base. In this way, optometry can provide critical evidence which help to define future health policy and planning in Ireland.